The War of Jenkin's Ear I read an unexpectedly interesting book this weekend. My son has just turned 11 and had a very simple request for presents. 'Books please'. That suited everyone. I bought him a book by Michael Morpurgo (The War of Jenkin's Ear), chosen because I enjoy him as an author. I had no idea what was in the book.

I picked it up, after all the kids had read it, and discovered that it was about Jesus. In a post-modern (I think it's post-modern, others might disagree) and unexpected setting. A kid turns up at school claiming to be the reincarnation of Jesus. Ok, from then on I read the book with suspicion, but I wish I had trusted the author. The message is thought-provoking. The suspicion produced in me, is just the suspicion that must have been produced by Jesus when he turned up in Israel. Michael Morpurgo portrays it so well. Definately worth reading - even by adults!
Posted by Jenny Hillebrand at 07:45 1 comment: Links to this post

What does it really take?

I read an article on the internet some time ago. It wasn't up for long, because it was pretty controversial. The author told the story of a young woman or a teenager whom he had met. She was vehemently anti-church. On talking to her he discovered that she had been gang-raped when she was a child and could not accept the existence of a loving God. The author asks how is it possible that God could exclude someone like that from heaven. In fact he was not willing to go along with the idea that God excludes anyone from heaven. And if God is in fact like that, then he was not interested in God.
I've been thinking about this for few days, for some reason. What always bothers me is - what about the rapists? Do they also get to go to heaven? Somehow life becomes a little arbitrary, if not quite meaningless with this philosophy.
A couple of days ago a 'little old lady' from our church was beaten up after a car accident with a taxi. Totally crazy. How must she feel? How does God feel?
But the one thing that I know is that this lady will look at the situation and say - Jesus, this world has become rotten and disgusting, but I for one am going to continue to stand for you.
And the God that can do that for someone is the God that I am interested in, rather than a God for whom anything goes.
Posted by Jenny Hillebrand at 02:29 4 comments: Links to this post 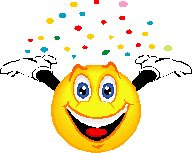 I've been feeling odd the last few days. Almost burnt out, although I am doing NOTHING. But I think stress is found in unexpected places. The worst is when I can't dream or vision. Think creatively about things. And then I start doubting myself badly.

But God is good. Although I've struggled to feel connected with him he has encouraged me. I've been missing any sort of sport for the last four weeks, but played tennis twice and hockey once in the last few days. I even won. Good thing they're both team sports because I am usually the weakest link. Then I had a good Bible Study - those people always lift me even when I'm totally flat. And then while I 'm telling myself that I just need to be patient and trust God (which is so difficult) my sense of vision comes back and I can start to breathe again. And today I stood looking at the quiet, peaceful grounds of our church and I felt I renewed sense of conviction that this is the sort of place I ought to be. And . . . I could carry on.

In a way its seems so mundane. But I must not allow it to seem insignificant. God has blessed me and I don't deserve it. I didn't earn it. It's just who God is. He understands me and I am grateful.

Posted by Jenny Hillebrand at 06:14 2 comments: Links to this post

If you had asked me two years ago, I would have said I was all for the Emergent Church. Because I believe 100% in doing church in context. But now, I'm not so sure. I guess I'm on a bit of a journey of discovery - and so I hesitate to write unfinished thoughts. I usually like to have things cut-and-dried and clear in my mind before I say anything to anyone else. At the moment I suspect the Emergent Church is going to be to the 2000's what the Charismatic Movement was to the 1900's. It starts as extreme. Is viewed with suspicion by the established churches and eventually shakes down to something that can be adopted by, um, orthodox? churches. Evangelical churches? We need a new labeling system!! So, can we short circuit the process and say what do I (as a Methodist in South Africa) need to learn from the EC movement? Of course, we can easily say John Wesley was EC (for his time, he was) and the Methodist Church already stands for much of what EC has to say (such as social action). I like the way Emergents reexamine and question everything. But I am not sure that there isn't a tendency to replace God with the human conscience or with human wisdom. (I cannot understand how God can be like this, therefore he isn't.) More to say . . . another time.
Posted by Jenny Hillebrand at 04:23 4 comments: Links to this post

I was looking at a YouTube videoclip put together by John Piper's church about the bridge that collapsed in America. The bridge is visible from his church. He starts by saying that although the bridge collapsing is a tragedy, there are many tragic deaths every minute. I felt that maybe he wasn't really talking into the situation.
Then I heard the next morning that someone had died. She was a young woman in a congregation I used to 'pastor' in an informal settlement. I didn't know her very well. But her baby was born in the time that I was part of the community. Mpakiseng. The church congregation took me to go and visit Rebecca and her baby in the tiny one room place where she stayed. We lit candles and prayed for the baby. She was introduced to me as Anastasia. Named after the pop singer, but meaning Resurrection. After that Rebecca started coming to church regularly. She really wanted to be part of the church women's group (Manyano) but could not as she was not married to the father of her baby. The baby came to church with her and my (then) twelve year old daughter looked after her in the 'Sunday School'. For a while they were missing. The baby was ill with staying in a the hot, tin-roofed, one-room home. They had to stay with family until the baby was better. I went back to visit about a year ago and Mpakiseng had grown to be a little child. But at 6.30 on Monday evening Rebecca died - of 'flu. And, really, that is just as tragic as the bridge collapsing. And it hurts.
Posted by Jenny Hillebrand at 10:45 4 comments: Links to this post 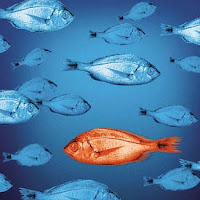 Just over a year ago I remember saying to someone that English-speaking South Africans (I guess I meant myself) have no culture. I have changed my mind.
It seems forever ago, but it was just less than three months that I spent some time at our District Local Preachers Convention. This is an event attended by predominantly black South Africans. Well, there were two white people and about 300 black people. The rule for the LP Association is that preachers wear the 'black and white' - pretty much formal western dress, including ties for both men and women. Now, I went to this thing as an expression of solidarity and a desire that we as cultures move together. But the thought of dressing like that did not appeal. So - well, actually I did sort of try to fit in, within the bounds of my wardrobe, but I didn't do too well - I decided if anyone asked I would say that my clothing was an expression of my culture, just as theirs was of their culture. Kind people that they are, I was warmly welcomed regardless of my lack of uniform and in fact only one person mentioned my clothes. She looked totally taken aback at my explanation. White people aren't supposed to use culture as a reason for behaviour! But I think that my culture values individuality, while traditional black culture values community and conformity. And, for now, I stand by my culture. I think it is Biblical (eg every man shall die for his own sin) and I think it is logical. I make my own choices. I am an individual. And, of course, I honour your choice and as far as possible your culture.
I have learnt more about my own culture, but maybe that will be in another post. We have quarterly Local Preachers' Executive meetings which are amazingly open and frank in discussions of race and culture. We are three blacks and three whites. The 'power balance' is fair and we hear each other. I'm just realising how much I do learn from them. Thanks guys!
Posted by Jenny Hillebrand at 05:40 2 comments: Links to this post