I played hockey last night after a three week break - matches having been cancelled. When I stop for a while I wonder if it is worth the effort. Playing hockey at 8.30pm in this weather does seem a little crazy. Sometimes the matches are earlier. Sometimes they are ten minutes away from home (Randburg astro). Sometimes 30 minutes (Wanderers or Morningside), depending on the traffic.
But it is SO good for me. Just the exercise is good. Being with people from outside the church is good. And there is something psychologically satisfying about being able to play flat out - it's ok to be competitive and to take risks. I play for a 'nice' team as well - not so competitive that we can't say well done for good play on the other side.
Posted by Jenny Hillebrand at 06:42 No comments:

Church in a Coffee Shop

Dion put a post in his blog about emergent church stuff that set me thinking. Too many thoughts to just comment on his post. But I haven't had time to blog the thoughts until now and I'm not sure what's left!
We did church in a coffee shop in a church (if you know what I mean) for nearly two years and it was actually reasonably successful. We had an evening service of about 25 people in a place where (in retrospect) it was crazy to expect people to come at night.
But I am wondering whether the concept is really suited to the South African people. I know it works in pockets in the USA and Europe. I am not convinced that it is what people in the area where I live want (middle to upper class?).
Now I'm in a different church. I can't stop myself being post-modern and trying to reach people in that way - but I am struggling to really identify that which will appeal to young South Africans. I just know that it is not as easy and straight-forward as some people say! People are an almost paradoxical mix of conservative and radical. They want the predictable and they want surprises. They want community and they want to be able to worship alone. The 20 and 30 somethings in our congregation want to sing the old Sunday School songs. The teenagers choke over hymns. The 40 somethings (like me!) still want to be teenagers.
Multi-media - yes. Authenticity, a hundred times yes. Church in a coffee shop - not any more. They are looking for church in a church. Or perhaps Christianity without a church. Or maybe we can find some uniquely South African way of doing things. I wonder if effective serving is maybe a key. Post-moderns want to change the world for the better and are willing to do it one hungry child at a time.
On a different tack, what is interesting is the number of people in South Africa who are making the move from pre-modern to post-modern and skipping or only stopping briefly at modern. One day the rain was God's tears. The next it is something be experienced as spiritually uplifting. Without necessarily going through meteorological understanding of any kind. Essentially, I mean black people who are still close to poverty. That is a whole new avenue of post-modern ministry. Because story-telling is pre-modern and story-telling is post-modern. That is a good bridge.
I know I am becoming incoherent - because I don't want to make this post too long. If anyone knows what I am trying to say, please help me out!
Posted by Jenny Hillebrand at 07:12 4 comments:

Whatever the pain, whatever the cause. There always has to be forgiveness. So this entry is now wiped out. Nice symbolism.
God is good.
Posted by Jenny Hillebrand at 07:43 No comments: 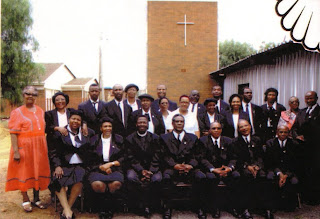 So, I went to my first Local Preachers' Convention. Not that I was there for every single minute it was happening, but for a significant amount of time.

First observation - I wasn't as bored as I thought I might be. There was enough in English that I could keep up and that which I heard was good. Bruce Mpele, the president of the District LPO was very amusing. Rev Molokoane spoke well and also John Annandale.

Second Observation - the purpose of the LPO seems to be a little vague. The structure almost seems to exist to sustain itself. But fellowship in itself is an intangible and unmeasurable substance. Also the concept of celebration is necessary but the effects are unmeasurable.

Third Observation - the people were very friendly. The preachers from my own circuit who looked after me (and embarrassed me by suggesting that I sit with the ministers because I am candidating). The other preachers who accepted my presence without wearing the black and white uniform. I felt that my clothing was an expression of my culture.

Fourth Observation - the convention is an expression in African culture of what Western cultures experience in a 'family camp' or a weekend retreat. I'm sure this has been something that has been developing over the last few years. I could certainly see common ground between Western and African. It could be that we will be able to come together. Whether anybody cares enough, or whether it matters enough, is another story. But unity doesn't mean complete assimilation of either culture by the other. So different and separate is sometimes ok.

At the end of the day, I am glad that I went. Not everyone who has no Sesotho or isiXhosa would be comfortable and I couldn't recommend it to all. But I was blessed. It was unpretentious, joyful and Jesus-focused.
(No, I'm not in the picture. It is taken from the programme we received!)
Posted by Jenny Hillebrand at 08:19 No comments: 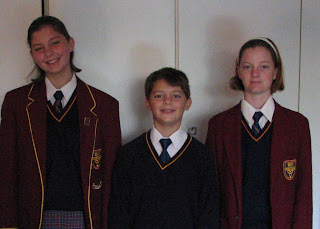 Posted by Jenny Hillebrand at 08:41 No comments: 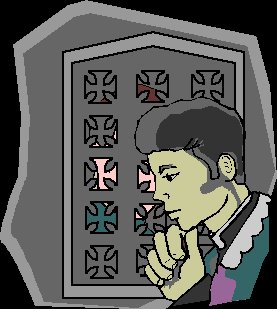 Food was becoming an obsession bordering on worship, and the addict wanted to confess.
But not to a priest or a minister. The distraught person went to the computer.
"I have lost friends, jobs and opportunities because I put my addiction first. ... I have destroyed the perfectly good health that God gave me," the anonymous person wrote at dailyconfession.com. "I can't see how I can be forgiven. I knew better and I did not do better. I cannot stand myself."

What's good for the soul is great for the Internet. Chat rooms and confessional sites are exploding in popularity — dailyconfession.com receives as many as 1.3 million hits a day — as young people become more comfortable sharing intimate secrets and seeking advice online.

This was written by David Briggs for USAToday.com. Later the article says

The woman, who asked to remain anonymous for the sake of "the good name of my dear mother," said she is addicted to the site.
"Suddenly, I realized that I had an outlet where I could vent my frustrations, taunt my enemies, apologize for my transgressions and, if the situation called for it, brag shamelessly, without fear of ... ridicule," she said.
"There's something to be said about the delicious anonymity of speaking of one's darkest, deepest secrets."

"I like reading people's confessions because it's nice to know that I'm not any more selfish, petty, conceited, weird, or macabre than everyone else in America," she wrote in an e-mail to a reporter. "It's funny how we all hide these traits on a daily basis, but how we're secretly dying to tell someone."

There is something wrong here.
Posted by Jenny Hillebrand at 03:43 No comments: