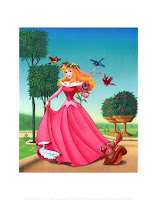 I can see the advantages of being a minister rather than a local preacher. My contact with them is too sporadic to be meaningful. But the minister is a probationer looking after three congregations. I guess we really need to depend on God - who is always there. But he does seem to need us too. Odd that.
Posted by Jenny Hillebrand at 02:28

Hi, I am involved in a Mission in a township near Hilton (PMB). We have a little covenant/bible study group comprised of the clients who are HIV positive and get help from the mission. I am only here 6 months. The lesson of humility is immense. I would not do without this experience once a week with only about 6 people. The little RDP house we meet in is less than adequate but it is their home. I am doing my best to fit in, learn something myself, and find a purpose for all the years of study and Christian feeding. God bless.

I've been thinking about a Bible Study group. Maybe that is the way to go . . .