I read the latest Harry Potter in the week (as well as the previous one so I could pick up the thread) - I'm not exactly sure where I got the time, but somehow I did it. I really admire JK Rowling's insight into the way people work. I could say so much, but what I think brings her basic good against evil plot well into the 21st century are two things.
The one is her portrayal of Harry as vulnerable. He is no super hero, but has fears, feelings and anger. He makes things up as he goes along and strikes when he sees the gap.
The other thing is her total acceptance of grey areas. Harry's father is naturally important to Harry, but he is not therefore portrayed as perfect. He had his failings. Dumbledore's failings are key to the plot. So with Snape and others. And that is true to life. Except for Jesus, even the best of us have weaknesses and sin in our lives. Even the worst have some element of potential and hope.
Ultimately we can be encouraged that no matter who we are or what we have done we can make some sort of contribution to making the world a better place.
That people buy in to that message so enthusiastically suggests that it comes from some fundamental truth in the universe. Or is it their wishful thinking? Escapism?
It is the message that Jesus brought. We can all make a difference. But for so many that seems as far out of reach as magic does. I think that is what I want to do. To tell people that it is not out of reach. To tell them to hold on to hope. To encourage them to count the cost - either way.
Posted by Jenny Hillebrand at 11:59 1 comment:

John Maxwell says that we judge other people by their actions, whereas we judge ourselves by our intentions (Winning With People).
That really struck me! Jesus said , "Stop judging by mere appearances, and make a right judgement." (John 7:24).
I know this partly leads on to 'Don't judge a man until you've walked a mile in his moccasins'. But there's something more there. It also reminds me that people cannot always know my intentions.
To a large extent they have no choice but to evaluate me on my words and actions. Whereas my intentions dominate my view of myself. To see myself as others see me I need to 'switch off' my intentions and just look at my actions. And I must do my very best to have my actions reflect my intentions. Because at the end of the day my intentions could just be something found inside my head with no impact on the real world.
But I often find it SO difficult to genuinely express my intentions in action. It is so easy to say the wrong thing at the wrong time!
Posted by Jenny Hillebrand at 06:43 No comments:

I wonder if blogging could ever get to be the same?
Posted by Jenny Hillebrand at 06:27 No comments:

The Romance of Brokenness

Henri Nouwen as an author frustrates me. His titles promise more than I find inside. What I am trying to work out is whether I am missing something or what. I am reading 'Can You Drink the Cup' at the moment. Someone told me the book moved her to tears. But I can't get it. And I want to get it!
The one book of his that touched me was one written while he was in hospital for psychiatric therapy after some sort of breakdown. His cries of loneliness and the need to be loved really touched me at my own point of hurt - I couldn't actually finish the book. (Can't remember what it was called!)
Nouwen does write of brokenness. And we all need to experience brokenness in order to find renewal and new life in Jesus. But I wonder if we don't watch his experience of being broken and romanticise it? There is great joy in renewal and restoration and somehow that colours our view of brokenness. It looks like a pretty thing. More sweet than sorrowful. But brokenness is painful. I have not found it a pleasant place to be. Not a place to stop, but to move on as quickly as possible.
Why am I different to others? Am I too used to brokenness in my own life? Or am I unable to be sufficiently open to God to experience what others experience? Two extremes! I hope I find out one day.
Posted by Jenny Hillebrand at 07:24 No comments:

I don't know if Paul was very naive or very optimistic or . . . That's Paul from the Bible I mean. This is the verse I read this morning, 'so that the grace that is reaching more and more people may cause thanksgiving to overflow to the glory of God'. It is such a awesome vision of a ripple effect or perhaps tidal wave of the spread of the knowledge of God's grace and love. That people should just be overwhelmed at his goodness and that he cares about us.
But in fact many people then and now became defensive and suspicious. And instead of thanksgiving overflowing we tend to ask more and more from God. Somehow what he does is never enough. But even one tiny miracle in our lives is evidence of God and his love.
Funny how I can't actually put into words what I feel. It sounds so 'already said'. But when the Holy Spirit speaks straight into our hearts it is fresh and new and awesome.
Posted by Jenny Hillebrand at 10:33 No comments: 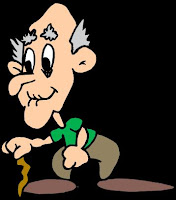 I lead a Bible Study at the church on Thursday mornings. It is more of a fellowship group than a Bible Study although we do sometimes talk some serious stuff. The average age of the group members is about 75!

When I took over the group about 18 months ago everyone warned me - these people don't talk, ever. You have to do it all. That was a challenge to me! Now they talk plenty. One old man, between 85 and 90, has particularly relished the opportunity to share about himself. He had a very painful childhood, although he sees it in a wonderfully positive perspective. Yesterday, when asked about brothers and sisters, he shyly muttered that 'one bastard was enough'.

In those days 80-odd years ago an illegitimate child was a big embarrassment and this poor man had to take the pain and the shame. And it is great that he is able to be freed from it and open up to people in the church about it.

My automatic reaction is how could the church have caused so much pain in the past? But because that is such a 'politically correct' reaction I question it again. Since when have we made the pursuit of a pain-free existence supreme? Why do we say pain is wrong?