How do you read it? 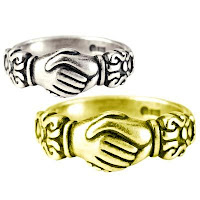 These verses were part of our Bible Study on Monday. Numbers 30:10-12. If a woman living with her husband makes a vow or obligates herself by a pledge under oath and her husband hears about it but says nothing to her and does not forbid her, then all the vows or the pledges by which she obligates herself will stand. But if her husband nullifies them when he hears about them, then none of the vows or pledges that came from her lips will stand, and the LORD will release her.


It is better to read the verses around these ones as well, but I don't want to use up space!

There are (at least) two ways to read this. David Pawson from 'Unlocking the Bible' says:
1. A Christian woman may not give away any material thing without permission from her husband.
2. This still stands today.


But, I would rather say:

1. Nowhere in these verses does it say that the woman needs to get her husband's permission before making a pledge or vow. (Although he may nullify it if he finds out and disapproves.)

2. The verses limit the husband's power over the woman in saying that he may only object if he does so immediately. Thus he may not abuse his power by changing his mind or inventing objections to suit himself later.

3. As with all Levitical law this is modified (at least) for use today.


Not so easy, really to understand. But you can see that the verses can be interpreted as being on the one hand oppressive to women or on the other as being liberating!
Posted by Jenny Hillebrand at 08:51

Email ThisBlogThis!Share to TwitterShare to FacebookShare to Pinterest
Labels: Theology

This is not Christian at all. Numbers is preChristian - so must be re-read through the teaching of Jesus. And I believe that Jesus would say that this is just plain unjust towards a woman. No man can nullify the vow of a woman...ever!

Thanks Pete! I agree with you.